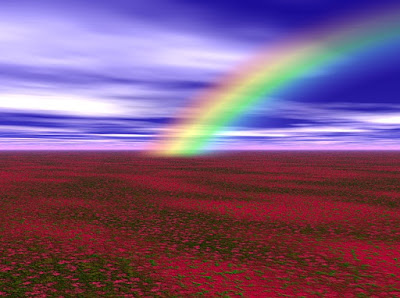 A long time ago, deep in the forest, where tall oak trees reached for the stars and owls taught Wisdom School, a goblin named Desyrae lived in an underground den. Desyrae had tunneled into the earth near a slight hollow, clawing dirt with her hands and feet like a badger, but digging deeper into the earth than any animal would. She dug a huge cavern for sleeping, another to store dried worms and spiders (her favorite foods) and the largest room of all for the beautiful crystals she had stolen from the Sun.
Though the woods were peaceful and inviting, Desyrae never took a long walk. She never sat by the brook and watched the dragonflies. Not once did she lie in the fern glen. Instead, she lingered near the entrance to her den, building booby traps to protect her stolen treasure. At night she hardly slept, wondering whether anything— another goblin, troll, mischievous fairy— had discovered her lair and was trying to take her crystals for themselves. Desyrae had little sleep, hardly any exercise, no friends, but she guarded the magic crystals and counted them every morning and night.
The crystals’ magic could only be activated by the Sun. A drop of sunlight beamed through the translucent crystals made rainbows, every color, clear and pure. People changed, touched by the rainbow. Worries disappeared. Heart songs returned. Words became softer and kinder. Hidden in the dark underground cavern far from sunlight, the crystals had no rainbow power at all. Since Desyrae didn’t shine like the sun, she couldn’t make rainbows with them.
“They’re no use to you,” a crow cawed from a tree when Desyrae dug in the earth for worms. “No use!”
“I don’t know what you’re talking about!” she hissed.
The crow’s flock joined him and their crow laughter echoed through the forest. “Greedy goblin! Greedy goblin!” they chanted.
Desyrae stamped her foot. “They’re mine now and I’m not giving them back!”
She continued to guard her stolen treasure and though the sun continued to shine, something was missing.Rainbows disappeared, and with them, songs about rainbows. Colors were not as bright. People felt sad.
The Sun did his best to penetrate the earth with his rays to touch the crystals, but he only managed to sear the grass and moss near Desyrae’s den.
“I’ll go and get them,” volunteered a crow. “I’m dark like the night and she won’t see me.”
“Too dangerous,” the Sun replied and hid himself in shame, blaming himself for losing the rainbow crystals to the greedy goblin.
For days and days, no one saw the sun. Then it started to rain. It rained so much the rivers rose. It rained so long, they kept rising. Rivers overflowed their banks and floodwaters rushed across the land, eroding the earth beneath.
The forest flooded like everyplace else. Water filled the goblin’s den and flooded the tunnels and caverns she had so carefully dug. The force of the water ripped the top layers of soil away and exposed the hidden crystals.
The rain stopped, and a rainbow appeared in the sky. The crystals were returned to the Sun who was careful to guard them from goblins. And Desyrae? The crows whispered that she moved to the desert where the sand was easy to dig and the scorpions quite delicious.

Posted by Snickertales at 5:28 AM