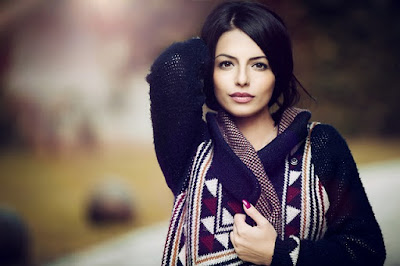 Brianna lived on the twelfth floor of an apartment building in the city. She was clever and curious and just a tiny bit nosy. She knew the woman in 1203 was a night nurse because she noticed her leave in the evening dressed in scrubs. The couple in 1211 had a new baby boy. Brianna saw the balloon announcing his birth.  When she walked down the hall and heard violin practice from 1208, she concluded the man who lived there was a musician.
Only one tenant on the 12th  floor baffled her. A woman had moved into 1210 recently and lived alone. She had long black hair and didn’t wear much make-up. She wore clothes Brianna liked— long flowing dresses and dangly earrings, faded jeans with baggy sweaters and lots of bracelets
Unlike the other tenants, she didn’t leave for work in the morning and not in the evening either. When Brianna went to the park in the afternoon, she often saw her sitting on a park bench. One day she even saw her climbing the ladder to the slide, even though she was too old for that!
The woman went to yoga on Saturdays— Brianna saw her get on the elevator carrying a yoga mat. She went to the farmer’s market afterwards, because she came back with net bags filled with vegetables and fruits. But, other than the few things Brianna observed, the woman was a mystery that piqued Brianna’s curiosity.
“Hello,” Brianna said to the woman one afternoon as she stepped onto the elevator. “I live in 1213.”
The woman looked confused.
“Down the hall from you. I’m Brianna.”
“Nice to meet you,” the woman replied as the doors opened and she headed for the mailboxes. Only then did Brianna realize that the woman hadn’t mentioned her name.
Brianna began to suspect the woman might be a spy. Spies didn’t mention their names, did they? And, a spy would be a much more interesting tenant for the twelfth floor than almost anyone else. Maybe sliding down the slide was a signal to someone watching through binoculars. Maybe she passed messages to other spies at yoga, or the farmer’s market.
Brianna’s suspicions were confirmed when she popped open a fortune cookie after Friday night’s take out Chinese dinner. “Upset the raven and risk all,” her fortune read. Brianna didn’t even know where to find any ravens, much less upset them. Unless— it didn’t mean a bird.  Maybe it was a code name. Raven, a perfect code name. And who had black hair like a raven? The mystery woman.
Brianna’s heart raced. She wasn’t scared, just excited. Here she was in the middle of a spy story. All she had to do was watch and be careful. Never did she think  a summer on the 12th floor of her apartment building would be so exciting.
Brianna found reasons to stroll past the mystery woman’s apartment every hour or so during the day. She heard music playing, but not much else. When she went to the mailroom and saw a package for apartment 1210, she tried to read the return address, but the doorman shooed her away. She only caught the mystery woman’s name: Ruth Bevins.
“Aha! Ruth starts with an ‘r’ and so does raven. More proof!”
Brianna googled the name, something she’d learned to do in school. Ruth Bevins’ website was at the top of the search. Brianna clicked on it eagerly.
Artist. Award winning illustrator of over 20 books, many of which Brianna had enjoyed.
Living near an artist who illustrated books was even more exciting than living near a spy. And of course, it explained everything. Ms. Bevins worked from home, drawing and painting all day.
The next time Brianna saw Ms. Bevins, she whispered, “I really like your books.”


Ms. Bevins smiled and invited Brianna to visit and Brianna happily did.
Like the story? Share with your Facebook friends, comment and 'like.'
Copyright 2019 by Valerie L. Egar. May not be distributed, copied or reproduced without permission from the author.
Published August 3, 2019, Biddeford Journal Tribune (Biddeford, ME).
Posted by Snickertales at 8:00 PM No comments: 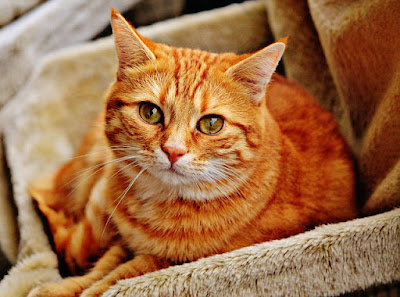 I have the best job a cat could possibly have. Like my father and grandfather before me, I am in charge of rodent control for the Higgendorf Town Museum, a small museum located on a side street by the canal in our beautiful town.
Glass cases display examples of the lace made here hundreds of years ago. Another room is an exact replica of famous philosopher Erik Rothensburger’s study with his original manuscripts. Paintings of local scenes line the halls and then, there’s a gift shop. It’s tiny, but a very important part of my patrol. No mice nibbling our candy!
I live in the museum office at the back of the building. I rest all day, sleeping in a warm sun patch or near the coal stove when it’s winter. Mrs. Schenk feeds me at noon. Sometimes, when the museum isn’t too busy, she plays with me, dangling a string or rolling a ball across the floor.
When all the visitors are gone and she’s about to leave for the night, she opens the office door and lets me into the museum. “Time to patrol,” she says.
I stretch and walk slowly into the museum. I don’t want to look like some scatterbrain cat that doesn’t know what he’s doing. I sniff the baseboards in the lace room, check the heating grates. No evidence of mice.
In the philosopher’s study, I look under the desk. I sit on his chair and then the windowsill. On moonlit nights, the light shines on the desk and I like to think a person might be inspired to great thoughts looking out the window at the moon.
I hear the tiniest sound and cock my ears. Someone jiggling the front door? I peek around the corner and see a shadow. Someone is trying to get in!
Though I’m only in charge of rodent control, no one is going to take anything from the museum on my watch! I think quickly and creep into the lace room. I jump to the top of the glass display case and wait.
Soon the door cracks open and a man creeps inside. My cat eyes allow me to see well in the darkness. Although the man carries a flashlight, he looks straight ahead and doesn’t look up. One, two, three…..jump!
With a loud growl and hiss, I leap from the top of the glass display and land on the man’s shoulders, scratching and yowling. I grab him around the neck and claw his head.
“Ow! Ow! Ow!” he screams. I nip the bottom of his ear as he runs for the door.
I guard the open front door for the rest of the night. When Mrs. Schenk arrives in the morning, she quickly realizes there’s been a break-in. “Oh, Randolf! Are you OK?”
I rub her leg and purr to let her know I’m fine.
Not a minute later the police arrive. “We’ve caught the burglar,” the patrolman says. “But we want to know what happened to him. He looked awful.”
Mrs. Schenk pointed to me. “Randolf  stopped him.”
I am proud to say I am now an honorary member of the Higgendorf Police and have been elevated to Chief of Museum Security. Mrs. Schenk adopted two kittens for rodent patrol and I’m teaching them exactly what to do.