Leo saw the kitten right away. He was nestled under a bush by the entrance to the Old Time Village Museum and meowed loudly. Black with golden eyes, the kitten had long fur and a bushy tail. Leo bent and patted his head. The kitten kept mewing.

Mom kneeled on the sidewalk to look. She reached under the bush to pet him. "He looks young, barely old enough to be away from his mother."

"We need to get him something to eat," said Leo.

They were on vacation and had flown from Portland, Maine to Denver, Colorado the week before and spent days sightseeing. Driving through Nebraska's rolling hills, they saw a herd of wild buffalo and a colony of prairie dogs. In South Dakota, they viewed presidents' faces carved into Mt. Rushmore. So far, it was a great vacation.

Today, the plan was to to visit Old Time Village Museum. They looked forward to seeing a log cabin, old print shop and general store. The museum also displayed antique cars, trucks, tractors and fire engines, everything Leo liked to see. Mom paid the admission fee and they started to walk around.

"Do you think the kitten will be there when we leave?" Leo asked.

"We'll get him food before we leave," said Mom.

Leo wasn't interested in the old fire trucks or the trains displayed in the barn. He was worried about the kitten.

"Let's get the kitten something to eat and come back in," Mom said. At the museum's cafeteria, they ordered a hamburger.

They broke the hamburger into tiny pieces and the kitten gobbled it up. He started to purr and rubbed on Leo's leg. Then, he walked back under the bush for a nap.

Old Time Village was full of wonderful things to see and do. Leo and Mom enjoyed an ice cream soda at a counter in an old-fashioned drug store. Leo pretended to drive an old fire truck. Before they knew it, it was time to go.

The tiny kitten was curled up, under the bush, asleep.

"Maybe he belongs to somebody," Mom said. She didn't think so, though. She went back inside and asked.

The woman at the admissions desk rolled her eyes. "People leave kittens here all the time."

Mom sighed. "We're far from home. We came here on a plane."

Leo was determined. He looked at Mom. "It would be wrong to leave him here."

Mom knew Leo was right. Old Time Village was on a highway and if the kitten walked into the road, he'd get hit by a car. Whoever owned him should have never left him to fend for himself.

"OK," Mom said. "We're headed back to Denver, maybe we can find a shelter that will take him and find him a home."

"Or, he can come home with us," said Leo. Mom didn't say anything. Before the car was out of the parking lot, Leo started calling the kitten 'Little Critter.'

That night, Mom found a motel that allowed pets. They stopped at a convenience store and bought cat food. Mom made a make-shift litter box from a cardboard box. Little Critter romped around the room and climbed the drapes. Leo giggled. Worn out, the kitten slept in the bed next to Leo.

"Little Critter would love to ride on a plane," said Leo as they drove towards Denver the next day.

Mom laughed. She'd grown to love the little black kitten, too. "You're very persuasive," she said. "I'll call the airline as soon as we get to Denver."

Published in The Sunday Journal Tribune August 9, 2015 and in Making it at Home, September 24, 2015. Copyright 2015 by Valerie L. Egar. May not be copied or reproduced without permission from the author.

Posted by Snickertales at 6:04 AM 2 comments: 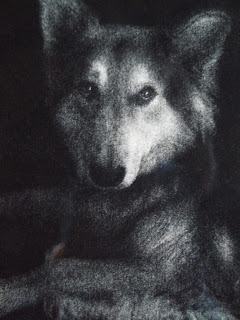 Posted by Snickertales at 5:05 AM No comments:

Sarah and her parents were going to the zoo. Sarah's mother always said, "Plan ahead," so, the night before, Sarah took her best pair of pants and her prettiest top from the closet.  She washed her face, combed her hair and got dressed. "I'm ready for the zoo!" she thought. "Now, I can sleep late in the morning." She climbed into bed.

When she woke up, her clothes were wrinkled and her hair was tangled and messy.

Sarah's mom frowned when she saw her. "But Mom, I was planning ahead, just like you told me to do," said Sarah. Her mother sighed.

Sarah's cat, Mr. Whiskers, got one cup of Kitty Crunchies every day. Sarah decided she would save time by giving him enough Crunchies for the week. "Monday, Tuesday, Wednesday…" Sarah counted out seven cups and heaped them into Mr. Whiskers' dish. The Crunchies made a mountain so high, they spilled all over the kitchen floor.

Sarah's dad frowned. "But Dad, I was planing ahead," said Sarah. "Didn't you say planning ahead saves time?" Her father sighed.

Sarah always took a long time to tie her shoes in the morning, so she was usually late for breakfast. She decided to plan ahead and tie her shoelaces the night before. Then, she had an even better idea. The bows she made in her laces often came undone. Sarah decided knotting the laces would save time, because she wouldn't have to bend down to tie her shoes over and over.

When she woke up and got dressed, Sarah couldn't put the tied shoes on her feet. No matter what she tried, she couldn't undo the knots she made. Sarah went to breakfast in her socks.

Dad grumbled as he untied the knots. "I was thinking ahead," said Sarah, but her father didn't seem happy about it. Sarah thought planning ahead caused an awful lot of trouble.

Sarah decided she would prove she really knew how to plan ahead. She surprised her parents by picking all the little tomatoes off the tomato plants. Sarah put a basket of green tomatoes on the kitchen table.

"Oh no!" her mother and father said.

"What's the matter?" said Sarah. "I saved you time and picked them, so you don't need to do it when they turn red."

Her parents weren't happy, but Sarah didn't understand why. Planning ahead didn't seem to be a good idea on most days.

Sarah decided to give planning ahead one last try. When her mother finished frosting her birthday cake and went upstairs to get ready for Sarah's party, Sarah decided to cut the cake so it would be ready  for her guests. Six people were coming to the party, so Sarah cut the cake into six big pieces. She felt very proud.

When her mother saw the cake, she was not happy."Sarah, where are we going to put the candles now?"

Oops! Sarah hadn't thought of that. Sarah decided that planning ahead meant trying to think of everything that might happen. It took a whole lot of thinking.

Sarah's mother saved the day by putting birthday candles on the pieces of cake and placing them in front of Sarah. Instead of one wish, Sarah made two when she blew out her candles. She thought that was fair, because there were six pieces of cake and two wishes didn't seem like too many.

Sarah's first wish was for riding lessons. She loved horses and hoped her parents would think she was old enough to begin lessons soon.

Sarah also wished her parents would stop telling her to plan ahead. Planning ahead was messy and caused a lot of trouble. It didn't save any time at all. Unless, of course, she wasn't doing it right. "What a silly idea!" thought Sarah. "How could that be?"

Published in The Sunday Journal Tribune, July 12, 2015. Copyright 2015 by Valerie L. Egar. May not be copied or reproduced without permission from the author.

Posted by Snickertales at 8:54 AM No comments: