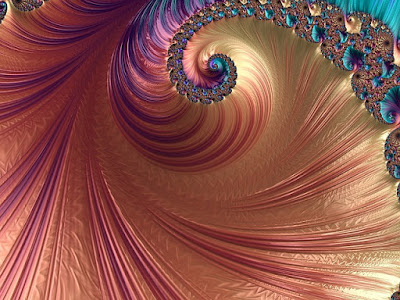 Once upon a time, a very long time ago, a wealthy man lived in a fine mansion in a bustling city.  He had everything he needed and more— bedrooms filled with gilded furniture, even though no one ever visited, food to feed many, though he always dined alone. Everyone knew he was stingy. “Oh, he wouldn’t throw a diamond to a star to help it twinkle,” the fruit seller said.
“Nor give the moon a piece of silver to make it shine!” agreed the butcher.
“He’s such a miser, he’d deny the sun the gold to make it glow,” said the baker.
A star, the moon, and the sun overheard the comments and were angered. They were each generous with their light and held it back from no one. The star twinkled in the night sky with other stars and inspired people to write songs. The moon glowed silver, lighting forest paths at night for people and animals. The sun’s rays nurtured trees and flowers, making them grow. Who was this human who would dare deny them? They decided to test him.
The following day, the star, disguised as a girl, knocked on the rich man’s door. Though her smile sparkled, her clothes were poor. “Please, sir,” she said sweetly,  “would you donate to the Star Fund? It will help—”
The miser scowled and shook his head. “No!” he said. “Go away!”
The next evening, the moon tried. She went to his door disguised as a woman. Long silver hair fell to her waist and her eyes shone blue as the oceans she so powerfully moved.
The miser opened to her knock. “What do you want?”
Her pale hands held a bowl that shone like the finest pearls. “Will you donate to the Moonglow Fund? No donation is too small.”
“Go away!” shouted the miser.
“Not even one piece of silver?” the moon asked.
“Not even a copper penny!” said the miser and slammed the door.
The next morning, bright and early, the sun banged on the door. With his red hair and cheerful smile, he reminded most people of happy summer days.
Once again, the miser opened the door. “Another begger?”
The sun smiled widely and tried to warm the miser’s heart. He held a bright yellow bowl in his tanned hands. “Would you care to donate to the Sunshine Fund?”
“I would not,” said the miser. “I would care to go back to sleep!”
“Wouldn’t you like to know what the Sunshine Fund does?” the sun asked.
“I don’t care if it makes the sun shine in the sky,” said the miser. “Go away!”
The star, moon and sun brought their complaint about the miser to the Supreme Council, a court of the highest order. “A star twinkling doesn’t move him,” said the star.
“He denies the moon and the creatures that benefit from its light,” the moon argued.
“Not one drop of sunshine enters his cold heart,” the sun said.
The charges were serious. What to do with a man so stingy he wouldn’t give even a penny for the sun’s rays, silver moonlight, or the happy twinkle of a star?
“Turn him into a frog,” yelled one Councilor.
“An insult to frogs!” said another. “Frogs love sunshine, the moon and stars.”
“A mole?” suggested another.
“The blindest mole loves the warm sun on its back, especially in the spring.”
“A rock. A rock would suit.”
“Not! Rocks hold the sun’s warmth for lizards and nothing looks better in moonlight than a mountain.”
It seemed everything in nature appreciated the sun, moon and stars more than the miser.
The wisest Councilor spoke. “If a rock loves the rays of the sun and the miser does not, if a deer appreciates the light of the moon and he does not, if a child wishes on a twinkling star and he cannot, isn’t the miser a most unhappy man?”
The Council considered. There was nothing in the world the miser could be turned into that was worse than what he already was, and so they left him a lonely miser for the rest of his days.
Like the story? Share with your friends on FACEBOOK, like or comment.
Copyright 2017 by Valerie L. Egar. May not be reproduced or distributed without permission from the author.

Posted by Snickertales at 6:12 AM