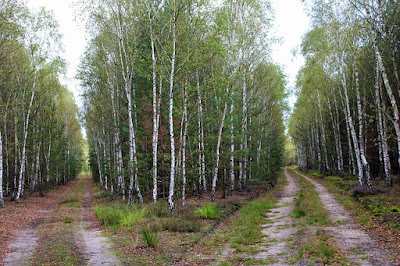 At The Crossroads
By Valerie L. Egar
England 1586
When Aldi heard the cathedral bells ring once, he slipped from his bed in the attic and crept down the stairs, making certain his heavy knapsack didn’t smack against the stair rails and wake anyone. Gunner would be angry if he knew he was leaving. Aldi foraged in the kitchen and found half a loaf of bread and a handful of walnuts. He put them in his knapsack and opened the front door.
In the distance, an owl hooted and a thin slice of moon lit the sky. Aldi walked on cobblestones in the shadows of the stone buildings lining the street. Past the baker, past the apothecary, past the weaver.
“Woof!”  The weaver’s dog, Sitsi, barked. Aldi quickened his step and was soon at the city’s edge. He sighed. His knapsack was heavy, but his unseen burdens were heavier. Along with three other boys, Aldi was apprenticed to Gunner to learn the trade of scrivener— copying legal documents neatly and accurately and on occasion, writing petitions to the Queen. Though he liked Gunner and all he was learning, in the past week, Gunner had done the unthinkable— he’d taken a girl as an apprentice!
The tone of the workshop changed immediately. Instead of joking when they ate a quick lunch at noon, they remained quiet. They watched to see whether Margaret struggled preparing the quills.  Aldi tried to see how many blots she made on her first day attempting the neat, measured calligraphy called “the court hand.”
Though Aldi might have been happy relinquishing his job making ink for everyone to Margaret, he was sure crushing the minerals in a mortar and adding just enough gum Arabic and rainwater was not something she could easily master. He looked carefully at the first batch she made, hoping to find a tiny lump of charcoal. “This looks a little watery,” he said, glancing at the older apprentices thinking they might join in.  Margaret hung her head.
Gunner didn’t even look at the ink Margaret had just poured into his inkhorn. He said, “I don’t recall anyone being unkind to you when the red ink you made looked orange, Aldi.”
“Or when you cut the quill wrong and it bled ink all over the page,” said the oldest apprentice John.
Aldi turned bright red. Then, Margaret giggled. That was it!  Much as he liked Gunner, much as he liked learning to be a scrivener, he made his mind up to leave. He couldn’t return home— his parents would send him back. He wasn’t sure where he was going. He got to the crossroads and sat on a rock to think.
The road was dark and it wasn’t safe to be wandering around at night. Aldi heard more than his share of stories about spirits that roamed the countryside. He was certain he heard  footsteps approaching , but it was too dark to see. He thought he saw movement, a slight form coming closer. If he ran, whatever it was would be alerted to his presence.  If he stood quietly, maybe it would pass by.
Aldi  leaned against a tree, holding his breath as the footsteps grew closer. Whatever it was sat on the same rock he occupied moments ago! Wouldn’t a ghost float or move more quietly? This seemed to be human, and from what he could see, much smaller than he. “Who goes there?”
“Oh!” a girl screamed.
Aldi recognized her voice. Margaret. “What are you doing here?”
“Running away. None of you want me around.”
Aldi didn’t know what to say.
“You just think I’m a dumb girl who’s going to mess things up. You don’t know my father was a scrivener. I helped him make ink since I was 8. He was going to teach me but he died.” She started to cry. “It’s all I ever wanted to do.” Margaret paused. “What are you doing here?”
Aldi shrugged. “Running away.”
“Because of me?”
Aldi felt foolish. Maybe he’d judged too quickly. “Why don’t we walk back together?” he said. “It’s awfully dark to walk back alone.”

Posted by Snickertales at 4:54 AM