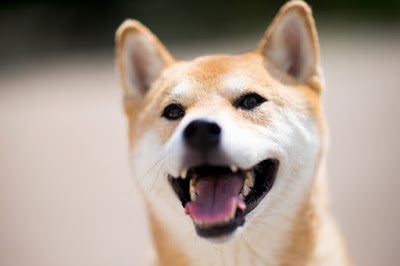 To: Madam Zina Isk, Honored President of Planet Pexlia
From: Lt. Kiak Elbar, Galaxy Explorer
Date: Alowar 16, Pexlian Year, 3022
After landing the Pexlia Superzoom Spacecraft in an uninhabited area, I reduced its size with Regulation 940 spray and secured it in my pocket. I made my way to a settlement to discover what I could about the creatures that inhabit this planet.
When I arrived at what I believed to be a dwelling, my trusty DNA calibrator advised rearranging my DNA into a small creature called  “mouse.” In this disguise, I was able to slip into the dwelling to observe the creatures inside.
Four furless creatures that walk on two legs, and cover their bodies with layers of synthetic outer skins, which they call “clothes,” live in the dwelling. All of them amused themselves with various electronic devices. I observed them scroll through pictures, watch pictures that move, and use their thumbs to communicate. They referred to this as “texting.”  Sometimes they talked into the devices.
Another electronic device blared in a room they call “den” and one of the creature watched it and manipulated the small electronic device at the same time. The loud device is “TV” and it tells the creatures many things over and over, like how to make their teeth clean, wash their bodies and eat certain foods. I have concluded from this that the creatures need much guidance about how to do everyday things and do not learn quickly.
The group living together in the dwelling are called “family” and are related to each other. They are named Dad, Mom, Becca and Reese. A large furry creature called “Dog” is part of the family group, even though Dog looks nothing like the others and is clearly a different species. It walks on four legs and its hearing and scenting capabilities are far superior to those of the furless creatures. Dog was immediately aware of my presence and barked, but the furless creatures did nothing because they could not hear or smell me.
I watched for hours and noticed how all of the furless creatures worked to serve Dog. Reese, the smallest creature, brushed Dog. Before the creatures ate, Mom prepared a meal for Dog and fed him. After the meal, Becca took Dog outside and played with him. Later that night, Dad stopped watching TV and took Dog for a walk when Dog scratched at the door. Mom put ice in Dog’s water before she went to bed and Becca gave him a cookie that was made especially for him.
From my observations, I concluded Dog is the leader of the household and the furless creatures are employed to serve him. These observations were confirmed the following day when upon waking, Mom fed Dog before her furless family. Becca took him for a walk, and then the furless ones rushed off to something called “work” and “school” after petting Dog and telling him to have a good a day. Dog spent his day sleeping on the biggest bed in the house and chewing on a special bone they’d left for him.
At 13:00 hours, I left the dwelling and rearranged my DNA into my Plexian form and enlarged my spacecraft to prepare for the journey home.  I have established the planet is occupied by intelligent life in the form of Dog and will look forward to discussing further investigation with you upon my return.