Victory for the Wee People 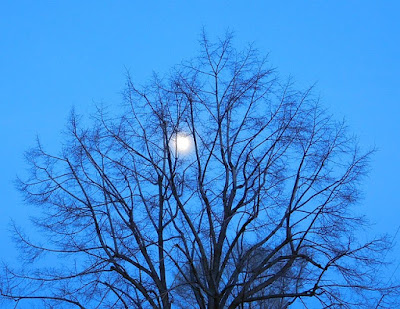 Victory for the Wee People
by Valerie L. Egar
Bronwyn, one of the Wee People, stood on a thin branch in the oak tree and looked down. She saw two red trucks and a group of people walking back and forth, talking. “The road will cut through right here,” a man said.
“What about that tree?” another man asked. He pointed to the oak. Everyone consulted a large piece of paper with drawings on it.
“The plan shows the road running through it. The tree has to go.”
“Oh, no!” Bronwyn screamed, but she was so tiny only a few people heard and they thought it was a cricket.
The tree was old and had survived many seasons— spring floods, summer droughts, autumn hurricanes and winter ice storms. Its age gave it deep roots and a trunk so large, three people would need to hold hands to encircle it. Best of all, for hundreds of years, Wee People made the ancient tree their home.
Nestled together in a small cleft at the base of the tree, they stayed warm in winter. As spring came and the weather grew mild, they occupied the entire tree, frolicking among the leaves. Wee children attended school on the branch near the sparrow’s nest, while stores and businesses lined the lower branches. Fireflies lit the tree for summer parties and in the fall, the Wee People surfed the wind riding on colorful leaves.
The news quickly spread through the community and they gathered to think what they might do. All of them felt sorrowful. The tree held their history: this was where they made clouds and designed snowflakes . This is where they put the rainbows in dewdrops. Though there were other trees, this was their home, and they didn’t want to leave.
“Oh, what can small, invisible creatures like us do to stop our tree from being cut down?” Bronwyn cried.
“Bad luck to the ones who do such things!” yelled Orson, one of the fiercest of the Wee People. “We can make sure of that!”
Starina was more level headed. “Our tree would still be gone. We want to make sure they don’t cut it down.”
“People don’t discourage easily, especially where roads are concerned,” Elfred said. He was old, and had seen many communities destroyed.
“Oh, I think we may be able to manage it,” said Starina.  “But we need all the Wee People magical power we can muster.”
Never had a road contractor experienced so much trouble! On the first day of work, he couldn’t find the plans, even though he’d placed them in the truck. When the foreman arrived, his plans blew away in a strong wind and disappeared. Work stopped for a few days while the plans were replaced.
When the work resumed, equipment breakdowns began. The bulldozer ran out of gas. One of the dump trucks mysteriously stopped running. Every time someone neared the tree with a chainsaw, it stopped running, or the chain broke.
The weather was odd, too. Downpours so hard that no one could see a thing. Tennis ball size hail. Wind so strong, people had to run for cover. Soon, the workers became wary of the job site. “Something strange is going on here,” they said.
One of the workers saw an interesting article in a newspaper and showed it to the foreman. In Iceland, the article said, roads are designed to avoid rock formations that house elves. Roads curve to avoid destroying the elves’ homes. “Do you think something like that is going on here?”
“Well,” the foreman said, “we’ve had nothing but trouble from the start. You might be right.”
The foreman talked to the contractor who talked to the engineer who talked to the people who ordered the road built. They were serious people and no one wanted to mention elves or Wee People or fairies. Instead the engineer used words like “bedrock,” and “substrate” and “chronological anomalies.” No one knew what in the world he was talking about, but it sounded smart and important, so when he suggested moving the road a mile away, they agreed.
The Wee People laughed merrily and danced in the moonlight until dawn.

Posted by Snickertales at 6:33 AM