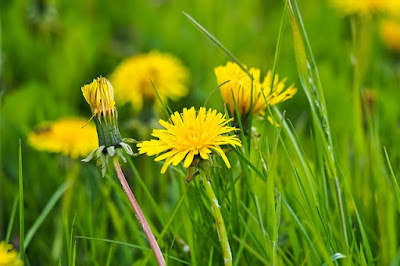 A bright yellow dandelion bloomed in a grassy meadow with hundreds of other dandelions. It was very unhappy, spending most of the day comparing itself to other flowers.
“Lilies and lilacs have a beautiful scent, but we don’t have any fragrance at all,” it complained.
“Brides carry bouquets of roses, gardenias, even simple daisies, but no one carries dandelions!”
“Orchids are so exotic! Everyone loves them. Dandelions are so— common!”
The dandelion’s discontent was contagious. Its complaints were so loud and so constant, soon all the dandelions in the meadow wanted to be something other than a dandelion. “I’m going to be a peony,” said one and puffed up as big as it could, but no matter how hard it tried, its petals didn’t turn pink. It still looked like a dandelion.
Soon, instead of blooming and turning their blossoms into feathery puffs of seeds for the wind to carry, the dandelions stopped doing their dandelion jobs. One by one, all the gold spots in the meadow disappeared until the meadow was solid green.  Not one yellow flower, not one white puff of seeds showed in the meadow.
“Dandelions, dandelions, where are you?” cried the bees. “We’re hungry and need your nectar.”
“Huh,” said one dandelion. “You like clover better.”
“Clover is nice,” said the bee, “but dandelions bloom from March until the frost in autumn and we need you.”
Words rapidly spread among the dandelions and a few felt better.  Flowers appeared here and there.
“Dandelions, dandelions, where are your seeds?” asked a little gold finch.  “I’m hungry!” 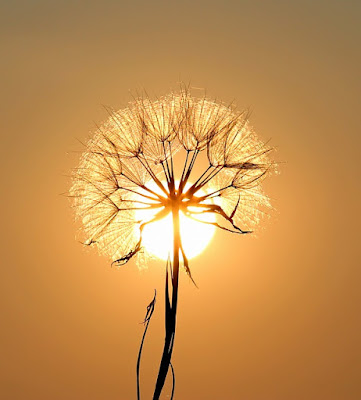 “Find some thistle seed,” said the dandelions. “You like that.”
“That’s true,” said the gold finch, “but I can only find that in the fall and I’m hungry now.  I need you.”
The next day a few seed puffs opened to feed the finches.
On a sunny afternoon, a family spread a blanket in the meadow and opened a picnic basket filled with sandwiches and cookies.  A little girl ran through the meadow. Soon she started to cry. “What’s the matter, honey?” her mother asked.
“I wanted to picked you yellow flowers, but I can’t find any.” 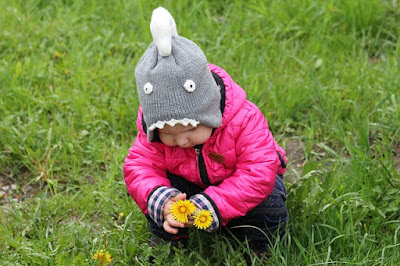 The dandelions had forgotten how many times little hands picked their blooms as gifts for mothers. No fancy florist’s bouquet was ever treasured as much as a few dandelions.
By the time the family had eaten, enough blooms popped up for the little girl to pick some flowers for her mother.
Later that day, two friends walked in the meadow. “Let’s find a dandelion puff and make a wish,” one said.  The dandelions recalled that children and sometimes adults made wishes on their pretty puffs of seeds by blowing the seeds into the air. Wishing on a dandelion always brought smiles, but today, there were no seed puffs to be found. 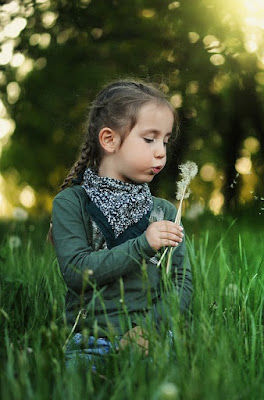 The dandelions began to think they might have acted rashly.  Lilacs, though fragrant, bloomed a week or two and were gone until the next year. Roses didn’t bloom in the spring. Most flowers had a brief season. They didn’t.
Bees depended on them and so did birds. Children loved to pick them and make wishes on their delicate puffs of seeds. They had an important job to do as dandelions. The dandelions decided to be themselves happily blooming, making seeds and sprinkling the meadow with gold, just like they always had.
The dandelion that started the trouble disagreed. “Well, I don’t think any of us—“
A sharp trowel dug the dandelion up.
“See the long root?” the teacher said. “People in earlier times roasted the root to make a kind of coffee, and it is also an ingredient in root beer.”
“My grandma makes salad from the leaves.”
“Yes,” said the teacher, “Many people do. It’s one of the first greens to grow in the spring. People all over the world have used dandelions for food and medicine since ancient times.”
The teacher smiled.  “We’ll make this one into a salad and try it.”

Posted by Snickertales at 9:12 AM