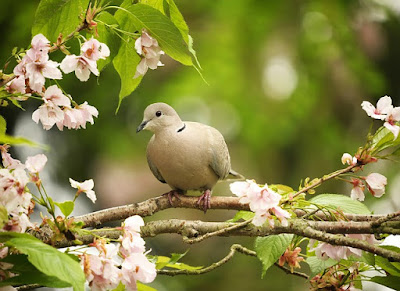 A long time ago, before cell phones and the internet, before automobiles and electric lights, long before sea monsters became extinct and unicorns invisible, a mighty king ruled a prosperous mountain kingdom. Merchants from distant kingdoms travelled in caravans to buy rubies and sapphires mined in the hills and brought with them the finest woven silk, pearls large as birds’ eggs and perfumes distilled from thousands of sweet flowers.
People came from distant villages to trade gems they mined for the wondrous things the merchants offered and the king welcomed the merchants and his subjects to the capital with a ten-day festival. Street vendors sold sweet honey cakes, roasted nuts and barbequed meats. Musicians played music long into the night. Puppet shows and dance performances entertained thousands. The king invited several of the merchants to the castle for dinner and it was there that a young merchant named Paulo met the king’s youngest daughter, Ishtar.
Ishtar was a clever young woman, curious about the world, and she was fascinated by Paulo’s stories. His escapes from fierce river pirates.  Travelling at night through the desert to avoid the heat, stars so close he thought he could reach out and touch them. A tiger trailing their caravan for days, its green eyes glowing in the dark.
Unlike other women Paulo had met, Ishtar didn’t giggle or ask silly questions. She asked how far they travelled in a day, and how he knew the animal was a tiger and not a lion when it was night and hard to see. She asked how pearls were harvested and if the caravan stopped traveling during the monsoon season. Paulo was fascinated and soon, though many were seated at the banquet table, the world existed only between them.
When the guests left, the king visited Ishtar in her chamber. “Paulo is quite a storyteller, is he not?”
Ishtar glowed. “He told me about the pirates and  how to train a camel! And then—”
The king frowned. “And you are promised in marriage to Prince Raigner.”
Across the city, Paulo’s father was having a similar conversation with Paulo. “Yes, Ishtar is smart ,” he said, “but the king would never consider you suitable. Besides, you are engaged to Lucinda.”
As the festival continued, Paulo and Ishtar continued to enjoy each other’s company. Their fathers dismissed their smiles and glances across the room as passing fancies that would soon be forgotten when the festival was over and the caravan on its way.
On the last night of the festival, Ishtar crept from her room and into the night. Paulo was waiting. They fled into the mountains, intending to reach the border of
the next kingdom, where they were unknown and could easily marry. They travelled through the night and though Paulo had purchased the fastest horses, the beasts quickly tired in the rocky terrain.
The young couple briefly sheltered in a cave, sleeping only a few hours and then continued their journey. With the sun’s rise, the king discovered his daughter missing and in anger dispatched his army to retrieve her. “As to Paulo,” he said ominously to the Captain, “ I care not what you do.”
The army had no trouble following the trail of the young couple. Paulo and Ishtar soon heard the thunder of hooves and the clank of armor and found themselves surrounded. In the dying light of the evening, only Ishtar saw the glint of an arrow aimed at Paulo and she stepped into its path.
As the arrow touched her chest, a drop of blood appeared and she was transformed into a small finch and flew away.
Paulo saw what happened and his eyes followed the little bird. “Come back, come back,” he cried. As an arrow pierced him, he grew into a mighty tree  as the soldiers watched. They saw the little bird come back to the tree and knew the tree would hold her close in its branches forever and ever.
Like the story? Share with your FACEBOOK friends, 'like' and comment.
Copyright 2018 by Valerie L. Egar. May not be copied, distributed or reproduced without permission from the author.
Published August 5, 2018 Biddeford Journal Tribune (Biddeford, ME).

Posted by Snickertales at 7:46 PM