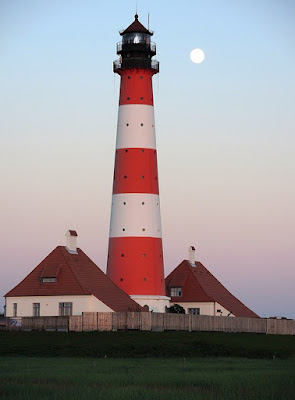 The gulls woke Jule on her birthday as they did every morning.  She looked out the window. It was a bright, clear Maine day, with just a hint of breeze. She smiled.  Today she was 10, and somehow, that seemed like a very special age to be.
Born in 1886, Jule lived on a Maine island, far enough from the mainland for her to think of the island as her family’s kingdom, since they were the only inhabitants. Her father was a lighthouse keeper and a tall lighthouse, painted red and white dominated the landscape.
A modest two-story house stood next to the lighthouse. In the summer, when Jule’s  bedroom window was open, waves splashing on the rocky shore lulled her to sleep. Early in the morning, noisy gulls woke her up.
Jule loved her island life. When the tide was low, she perched on a rock and watched the seals play. Pups clowned and capered on the rocks. Then she wandered to a small stand of weathered pine 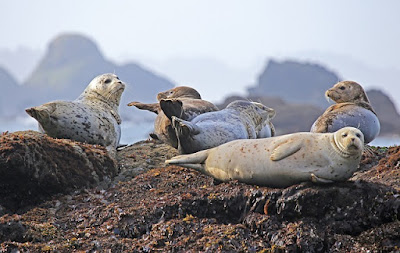 trees she thought of as an enchanted forest.  She sat on a soft bed of moss and took a book from her pocket and read.  Books from a circulating library were delivered by boat once a month and Jule read them with gusto. If she finished all the books before the month was over, she read them again.
Jule longed to see the ocean from the top of the lighthouse and  imagined all the ships she would see— merchant ships filled with lumber and wool destined for England, passenger ships headed to Portland. Lobster boats . Fishing boats. “May I come up and see?” she asked her father.
“The top is no place for children,” he said.
“Can you see Boston from the top?” she asked.
“No.”
“Can you see land at all?”
“Yes, the mainland on a clear day.”
That was something! Jule had only been on the mainland twice with her mother to visit her grandparents. It had taken hours by boat to get there it was so far.
“Is there any brass to shine at the top of the lighthouse?” Jule asked one day. No one visited their little island except an occasional inspector who arrived unannounced and went through the lighthouse and their tiny home with a sharp eye, making certain that brass was shined, the lens on the lighthouse was soot free, and supplies were properly stored and inventoried. To Jule, it seems that her father spent a lot of time shining brass that already looked shiny. “I can go up and help you shine it.”
Her father smiled. “Thank you, Jule, but children aren’t allowed at the top.”
On her birthday, when Jule walked downstairs to breakfast, she was surprised to see that her father was still awake. He usually slept during the day since he needed to man the lighthouse all night.  Her mother heaped pancakes and bacon on a plate for Jule.  “Happy birthday!”
When they finished breakfast, Jule’s father said, “I have a surprise for you.” He took her by the hand and led her to the lighthouse. “I think you’re old enough, now.”
Jule looked at the hundreds of narrow iron steps spiraling up and up to the top. “One step at a time, slowly,” her father said. “I’m right behind you.” 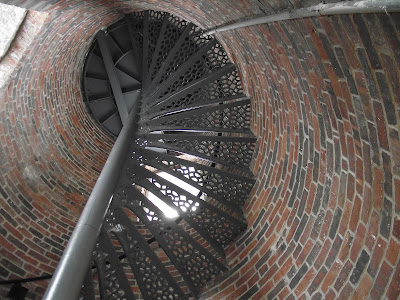 Jule climbed, one step and one step and one step, around and around. She felt a little dizzy. How many steps were there? Her muscles started to ache. Finally, there was a short metal ladder and she was at the top!
Unlike the house, the windows didn’t open. The top of the lighthouse was hot and stuffy, but Jule eagerly surveyed the ocean.  She saw a merchant steamer and wondered what kind of cargo it carried.  Maybe it was coming back from China carrying tea, silk and fragrant spices.  On the far horizon, she saw a group of fishing boats.
Looking west, she glimpsed the mainland, like a mirage in the distance.
She looked down and noticed the rocks on the shore looked very small. So did their house.


Jule was thrilled with all she saw and her face glowed. “This was the best birthday present ever!”

Did you enjoy the story? Please like or comment on Facebook and share it with your Facebook friends.
Copyright 2017 by Valerie L. Egar. May not be copied or reproduced without permission from the author.
Published July 30, 2017, Journal Tribune Sunday (Biddeford, ME).
Posted by Snickertales at 6:13 AM