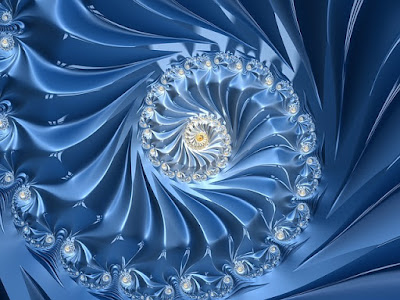 Once upon a time, a young woman, Ondine, left her village to make her way in the world.  She set out on the narrow path that led to the river and paid a ferryman to take her across.  “Ah, you must be going to Avongale,” he said as he steered the boat to shore.
“Is it nice there?” Ondine asked.
“Not very,” replied the ferryman. “I’ve never been, but I’ve heard it takes two hundred thirty-two years to walk down Front Street. No one ever gets to the end!”
“Oh my! It must go on for a long, long way!”
“No, it’s only a mile.”
That made no sense to Ondine and she suspected the ferryman was repeating a tall tale he had heard or was trying to frighten her. She was curious and wanted to see a town with a street that was a mile long that took two hundred thirty-two years to walk.
When she stepped from the boat, she asked the ferryman to point the way to Avongale. “I wouldn’t go there, no, I wouldn’t!” he said, pointing north. Ondine suspected that the ferryman, who crossed the river over and over in the same spot year in and year out, wasn’t adventurous enough to go most places, and she headed north.
She soon saw golden turrets and white marble towers shining in the distance.  The city was surrounded by a wall, but the gates were open as Ondine approached.  “Greetings!”  said a deep voice. Ondine saw a bearded man standing at attention, dressed in a long red coat. “Welcome to Avongale.”
Ondine smiled and took two steps forward. “No!” the man shouted. “Go back one step. Before you may step forward, you must count to 100 very slowly, clap your hands three times and then step forward.”
“Why?” said Ondine.
The man shrugged his shoulders.  “I don’t know, but that’s the rule.”
Ondine did as he asked and took a step forward and then another. Once again the man shouted, “No!”
“What now?”
He motioned for her take one step back and consulted a book. “This says for the third step, you have to recite the multiplication tables from 1x 1 though 12 x 12, spell ‘rhythm,’ and ‘mischievous’  and  do 20 push ups.”
Ondine started to understand why walking a mile might take two hundred thirty-two years. “Why?” said Ondine.
“Don’t know,” the man said. “It’s the rule.”
Ondine started reciting her multiplication tables and was glad she had  memorized them.
“Stop!” the man shouted.  “The book says third steps can only be done on Tuesdays and it’s Thursday. You’ll have to wait.”
“But that’s five days away!”
The man shrugged. “That’s the rule.”
Ondine looked up the street and saw people  hopping, twirling and spinning. She heard poems recited, the alphabet said backwards, trivia questions asked and answered. She noticed people who were sidelined because they didn’t know the correct answers or it was the wrong day of the week to take the next step. Everyone was so intent on getting from one end of Front Street to the other, no one asked who made the rules or what purpose they served.
“What happens if I don’t wait until Tuesday?” Ondine asked.
The man’s eye widened. “I have to check the book.”
Ondine waited a long time. The man read all of the instructions for two thousand steps, then all the appendices with the correct answers to the questions for each step. Finally, when he came to the end, he fell on his knees in front of Ondine.
“Oh, most worthy Queen!”
“Queen?” Ondine said.
He handed her the book. “A worthy leader knows what rules are necessary and never imposes ones that do not benefit the people. The one who questions these rules shall rule Avongale.”
The first thing Ondine did was invite everyone to parade up and down Front Street now that they were free from rules that served no purpose.  For the first time, people saw the entire street and marveled at all they had missed. For many years after, Ondine ruled Avongale with great wisdom.