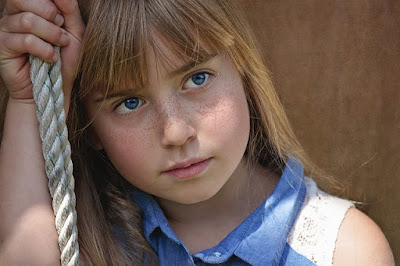 Elka lived on the sixth floor of a ten story apartment building.  It wasn’t a fancy building with a uniformed doorman standing at attention at the front door, ready to hail a taxi. It was a plain brick building, older than most, across from a small park, around the corner from a falafel shop.
Elka liked where she lived because she loved the people in the building. Ms. Micelli lived on the seventh floor and taught at Elka’s school, always offering to help if Elka didn’t understand something. Mr. Harnanian, the superintendent, didn’t yell when he discovered Elka flushed the pimento and olive cream cheese sandwich her aunt made down the toilet and he had to unclog it. The Olson family down the hall always had a new baby to see and hold. Her best friend Alia waited to walk to school with her everyday, even when Elka was running late.
Mrs. Brinker, who lived in the apartment next door, was a special friend. When Elka’s mother worked late, Elka visited Mrs. Brinker. Mrs. Brinker had a huge television with all the cable channels and didn’t mind watching cartoons or kids’ movies. She laughed as hard as Elka at cartoon characters and cried with Elka if a movie animal died. She taught Elka how to play canasta and rummy. She never scolded if Elka added the scores wrong by mistake. 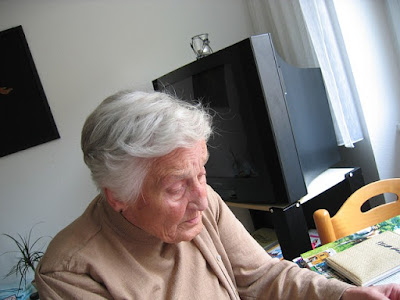 Elka loved listening to Mrs. Brinker’s stories about growing up in a small village in Denmark. She told a funny story about a nasty rooster who chased her around the farmyard, and another about a cow who came when she whistled. But, most of Mrs. Brinker’s stories were about snow. How beautiful the trees looked, their branches laden with snow. How the lights of the tiny village sparkled in the snow. The curtains of green and pink from the Northern lights reflected on the snow, her mother waking her late one night to see the wondrous display. 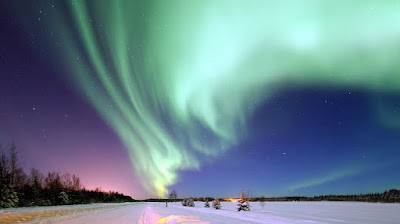 “I skied to my friend Maja’s house and to school. Every day, I glided over the snow until spring came. Most people liked to see the flowers popping up. I did too, but I still missed the snow.”
“Do you still like snow?” Elka asked.
Mrs. Brinker smiled. “Yes, I do, but I can’t do too much any more, except look at it outside my window.” She indicated her wheelchair. “No more skiing for me.”
As Christmas approached, Elka tried to think of a gift for Mrs. Brinker, but no matter how hard she tried she couldn’t think of a thing. She didn’t have much money, and Mrs. Brinker seemed to have everything she needed.
The day before Christmas, Elka woke and looked out the window. Glorious beautiful snow! She got dressed to go to the park and play when she had an idea. If she made a snowman, would Mrs. Brinker be able to see it?  She looked out the window and frowned. Unless it was huge, it would be hard to see from the sixth floor. Then, Elka had a better idea.
She searched the kitchen cabinet and found an aluminum pan her mother used to bake sheet cakes. She ran to the park and piled snow in the pan. While she was still outside in the cold, she made three small snowballs and placed them on top of each other, making a small snowman. She spread snow around it, so it looked like it was in a snow covered field.
She took two licorice drops from her pocket to make eyes, and a red cinnamon candy for his mouth. Two old pencils made arms and a scrap of felt from her craft supplies a hat. Done!
Elka rushed to the elevator and pushed the button for the sixth floor. She knew the snowman wouldn’t last, she had to hurry!


“Merry Christmas!” Elka shouted when the door opened.  She put the snowman in the center of the table. Mrs. Brinker put her fingers in the cool snow  and pet the snowman like it was a kitten.  She smiled at her wonderful Christmas present and at Elka, who made a perfect gift.
Like the story? Share with your FACEBOOK friends, like and comment.
Copyright 2018 by Valerie L. Egar. May not be copied, reproduced or distributed with our permission from the author.
Published November 24, 2018 Biddeford Journal Tribune (Biddeford, ME).

Posted by Snickertales at 6:28 AM