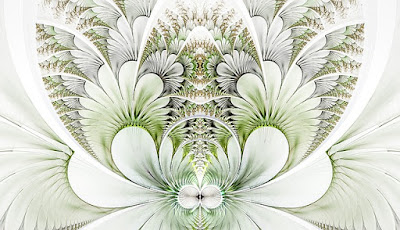 A young farmer lived in a cabin at the foot of a mountain with his wife and daughter. His land was rocky and not easily farmed, but he managed to grow enough food to feed his family and their cow. His wife grew vegetables and raised chickens. Their daughter helped by milking the cow and weeding the garden.
One night as the farmer slept, he dreamt he found emeralds and rubies red as blood deep in the earth on his farm. The gems were beautiful and sparkled in his hands. When he awoke, he told his wife about his dream.  “Perhaps it means the crops will yield well this year and we will have a little extra money,” she said.
The farmer shook his head. “No. It means there are emeralds and rubies buried somewhere on our farm.”
Hi wife thought no more about it until lunchtime when she carried a basket with bread, cheese and cool water to the farmer. Instead of hoeing weeds and watering the barley he’d planted, he was digging a hole in the middle of the field, tossing aside the young plants he’d tended so carefully. A pile of barley plants withered in the hot sun.
“What are you doing, husband?” she cried.
“Looking for the gems I saw in my dream.”
“Couldn’t you wait until after the harvest?”
“No!” he whispered. “What if thieves discovered them first?”
Every day, the farmer dug holes in his field, uprooting the wheat and barley he’d planted.
“Husband,” his wife said, “You’re killing all you planted. We won’t have any food this winter.”
“You worry too much, “ he replied. “When I find the emeralds and rubies, we’ll be rich and able to buy all the food we want.”
His wife said nothing, but planted extra turnips and potatoes in her garden to try and make up for the loss of the grain.
By the middle of summer, holes and piles of dirt covered the fields where barley and wheat once grew. The farmer eyed his wife’s garden. “That’s where the emeralds and rubies must be!” he declared and started to dig, uprooting the vegetables his wife was growing for them to eat.
“Have faith,” he said to his wife. “I know there are emeralds and rubies somewhere and I am working hard every day to find them.”
The farmer’s wife had never seen her husband work harder, but when she saw all the plants she grew dying in the sun, the only thing she could imagine was a winter with nothing to eat. “I wish you luck, husband,” she said and left to live with her parents, taking their daughter with her.
The farmer searched for the emeralds and rubies for the rest of the season, without finding them.  He barely made it through the winter, but in the spring, he resumed digging. Instead of calling himself a farmer, he said he was a miner, digging for precious gems. People in the village called him odd and some laughed behind his back. Still, he persisted.
Years passed. He scraped by, year in and year out, growing thin, his hair greying. “In my dream,” he told those who would listen, “I saw emeralds and rubies. I held them in my hands.”
One evening in June, as the evening light lingered, the farmer dug the deepest hole ever. Something glimmered in the setting sun. It was the size of a hen’s egg and glowed green. He picked it up— an emerald, large and perfect. He dug faster and deeper and soon, he had a bucket of the largest and most beautiful emeralds and rubies ever seen.
He sold the gems and became very wealthy. Newspapers all over the world reported his extraordinary find. Many people commended him for following his dream, and believing in himself. Others were critical. “He gave up his family, friends, and good health to have what?” they said. People spent hours debating the issue. Everybody had an opinion, but what does that matter? The only thing that’s important is what you think about it.

Posted by Snickertales at 5:43 AM