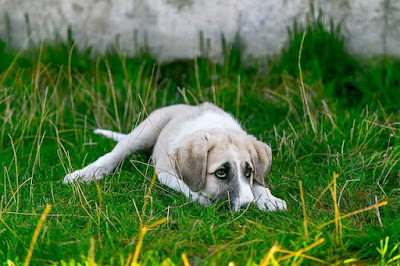 ​                   Alexi, The Dog and The Mule
By Valerie L. Egar
A long time ago, a boy named Alexi walked to the village market to sell two bags of wheat. His family was so poor they didn’t own a horse and cart to haul the wheat. He strapped the bags on his back and his knees buckled under the burden.
“Get the best price you can,” his mother said. “Buy three laying hens with the money and we will have eggs to feed the family and not be hungry.”
On his way to the market, Alexi met a man dragging a large dog tied to a rope. The dog was thin and grey around its muzzle. Alexi noticed the man’s cruel eyes and how the dog shied away from him.
“Boy,” the stranger said, “Let me lighten your burden by trading this fine dog for whatever you are carrying on your back.”
Alexi stopped. The dog looked at him hopefully and Alexi’s heart was touched. He remembered what his mother had told him. They needed laying hens, but perhaps not three. He would eat less, so they could get by with two. “One bag for the dog,” he said.
The stranger agreed and was soon on his way with a bag of wheat. The dog pranced happily next to Alexi.
Soon Alexi came upon a woman driving a cart hitched 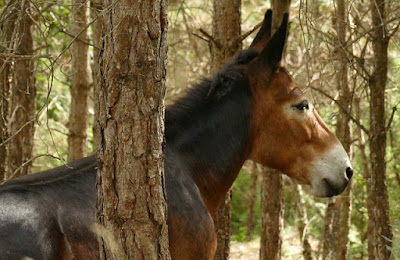 to an old mule. She whipped the mule to go faster, but the mule stumbled.  She looked at Alexi. “Boy, today’s your lucky day.  I will give you this fine mule and the cart for what you’re carrying on your back. You and that dog will ride like kings.”
Alexi saw the mule was old and lame. The cart was little better than a plank with wobbly wheels, but Alexi felt sorry for the abused mule. He cut the bag of wheat from his back and handed it over.
Surely his mother would be angry. He had nothing to bring his family except a thin dog, a lame mule, and a rickety cart.  Alexi decided to spend the night in the woods to think about what he should do. He made a camp near a stream and gathered grass for the mule to eat. He shared his thin slice of bread and cheese with the dog.  Alexi lay on the cart, wishing the dog or mule would have magical powers like the animals in fairy tales. In those stories, animals always discovered treasures or gave good advice and the person who helped them was richly rewarded. Alexi sighed and patted the dog snuggled next to him. “It’s OK, boy,” he said. “Saving both of you from harm is reward enough.”
In the middle of the night, Alexi woke with a start. He heard voices. “Stop cryin’ if you know what’s good for you.”  By the light of the moon, Alexi saw two men with a young boy.
“Ha,” said the other. “ The King will pay a good ransom for you!”  The scoundrels had kidnapped the Prince! Alexi tried to think what to do.
His dog howled, a mournful howl that sounded like a ghost.
The men stopped. “What was that?”
The mule brayed, and sounded like a host of demons. 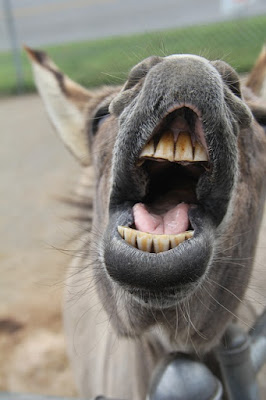 “These woods are haunted!”
The frightened men looked around and the dog ran to one and bit him hard on the leg. The mule galloped to the other and kicked him so hard he fell over.  Alexi grabbed his rope and tied the two scoundrels up. He threw them on the cart and rode them into town with the frightened Prince sitting on his lap.
When the King and Queen asked Alexi what he wanted, he asked for three good laying hens. They laughed and  gave the dog, mule and Alexi gold medals for bravery.  Alexi received rich farmland, a house large enough for his family and gold to keep them comfortable for many years.
Alexi continued to rescue animals that had hard lives. He never expected them to have magical powers or speak to him, even when the moon was full. That he made their lives easier with his kindness was reward enough for him.
Like the story? Share with your FACEBOOK friends, 'like' and comment.
Copyright 2017 by Valerie L. Egar. May not be copied, reproduced or distributed without permission from the author.
Published October 1, 2017 Biddeford Journal Tribune (Biddeford, ME)
Posted by Snickertales at 12:45 PM