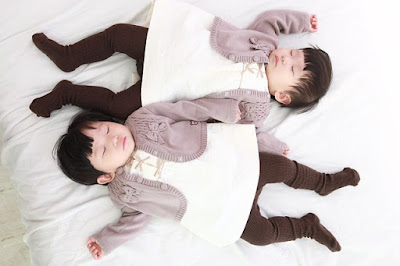 A long time ago, twin girls were separated at birth. Maybe bandits kidnapped them from a caravan and one bandit fled north and the other east. Maybe a careless auntie left them unattended in the bazaar to gossip with the fishmonger. What really happened, no one knows. What’s true is that one twin, Anya, was separated from her mirror image, Anika.
Anya grew up in the mountains with a sheep farmer and his wife. When she was old enough, her job was tending the sheep. She liked wandering the meadow watching the flock more than living in the house. The farmer’s wife was stingy with food. She argued with her husband for hours every night.
Being alone with the sheep was far more peaceful. During the day, Anya dozed in the sun, confident the sheep were safe. She picked raspberries, eating as many as she wanted. She looked at the silver river, far away in the valley, and wondered where it led.
At night, Anya stayed awake to keep the sheep safe from wolves. Wrapped in a thin blanket, she played her flute as she watched over the flock. Anya’s song was beautiful but sad, the notes like seeds on the wind, looking for a place to grow. Anya felt an emptiness deep inside, as though part of her was missing. Her song drifted through the air, looking for the missing piece.
Far away in a busy city, Anika woke every morning with a song in her head. She heard the music in her dreams and it lingered all day.
Unlike Anya, Anika grew up in a wealthy family as a treasured daughter. She loved to paint and had lessons from the finest artists in the kingdom. Though she had a very good life and people who loved her, Anika still felt a sadness deep inside, like something was missing.
One morning, with the dream music playing in her head, Anika painted a beautiful landscape. It was a view of a silver river, winding through a lush valley. A red boat floated on the river.
That night, as Anya played her flute and watched the distant river lit by the full moon, she decided to run away. Surely there was a better life somewhere. She herded the sheep into a pasture by the barn so they would be safe and made her way down the mountain.
“Where are you headed?” a kind man in a red boat asked.
“Away,” said Anya.
The man agreed that Anya playing her flute would be payment enough for a ride. She played and watched small villages pass by.
The next morning, Anika painted a picture of a bustling town. The buildings were white and glowed in sunlight. Immense palm trees shaded the street.
“Beautiful,” her mother said. “But where do you get your ideas? Nothing nearby looks like this.”
“I dreamed it.”
When Anya saw white buildings in the distance, she was drawn to the town the way a moth is drawn to light. “That is where I would like to get off,” she said to the boatman.
Anya walked through town, and then the road split. The right fork led through a dark forest, the left through fields of grain. She wasn’t sure which way to go and rested beside a tree.
At that moment, Anika finished painting a forest. Trees overhung the road and the forest looked frightening, but she was careful not to paint any tigers or wolves under the trees.
Anya chose the forest road. She played her flute as loudly as she could to keep from being scared.
When the forest thinned, Anya saw a bustling city.
“What a beautiful painting of our house, Anika,” said her mother. “Our red front door almost glows.”
Anya knocked on a red door to ask for a drink of water. The young woman who opened the door looked exactly like her. She had the same smile and the same eyes, a sister she didn’t know she had.
“I have been looking for you without knowing,”Anya said.
“And I for you, sister,” said Anika. They celebrated finding each other for the rest of their days.
Like the story? Share with your friends on FACEBOOK, like or comment.
Copyright January 2018 by Valerie L. Egar. May not be copied of reproduced without permission from with author.
Published January 21, 2018, Journal Tribune Sunday (Biddeford, ME).

Posted by Snickertales at 9:26 AM