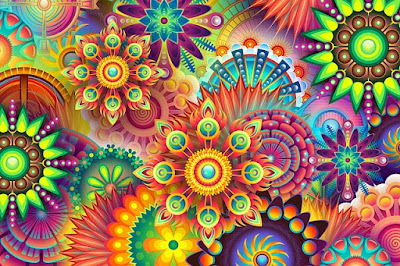 Once upon a time, a very long time ago, the King of Xan warred with the King of Dacquet. Soldiers burned towns, salted fields so nothing would grow, and destroyed great libraries. Many soldiers and citizens of both kingdoms suffered from the lengthy war and died.
Years passed and the kings forgot why they were fighting. Their treasuries were depleted and their kingdoms in shambles. They decided to make peace.  The King of Xan had a son, Prince Eldreth, and the King of Dacquet, a daughter, Princess Ishmere.  To maintain the peace, they agreed their children should marry.
When Princess Ishmere heard, she cried.  All her life, her father said people from Xan were barbarians, beasts with foul breath and hooved feet. Her tutor whispered they snarled like vicious dogs. They ate food a person from Dacquet would never touch— dragon’s toes! The Princess locked herself in her room and wept.
Prince Eldreth was no happier about the marriage. He knew all about people from Dacquet.  The women had pig noses and snorted. They were clumsy and dropped things. No wonder—they had hairy bear claws for hands. Worse, they ate food a person from Xan would never eat— griffin’s wings. The Prince thought about running away.
That night, the moon was full. Its light poured into the Princess’ room. A wise old woman appeared, drawn to the Princess’ sorrow. 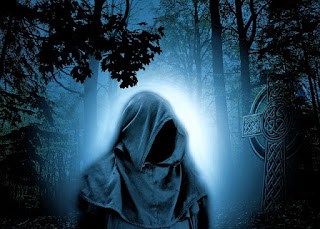 “What would you have me do?”
“Turn me into something that repulses the Prince, so he sends me home.”
The old woman nodded and with a wave of her hand, the Princess was transformed. 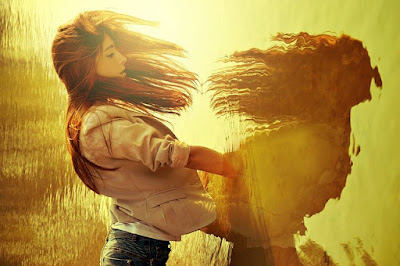 She became exactly what the Prince imagined: a clumsy girl with bear claw hands and a pig’s nose, with an appetite for griffin's wings.
The same night, in Xan, the Court’s magician went to the Prince’s room. “What would you have me do?” he asked. 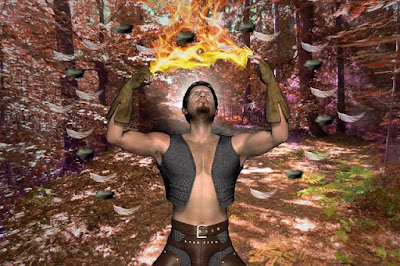 “Turn me into something that horrifies the Princess, so she runs away.”
The magician turned the Prince into exactly what the Princess expected: a foul smelling, hooved beast that snarled, whose favorite meal was dragon’s toes.
When the Prince set eyes on the Princess in her wedding dress, he wasn’t shocked by her hairy bear hands or pig’s nose. After all, she was from Dacquot.  She was exactly what he expected and he didn’t send her home.
The Princess was prepared to meet a smelly barbarian with hooved feet and that’s what she saw when she met Prince Eldreth. After all, he was from Xan and  she couldn’t expect better. She wasn’t frightened and didn’t run away.
After the wedding, the Prince and Princess hardly saw each other. The Prince, embarrassed by his stench, stayed in his part of the castle, listening to music and remembering how he danced before he had hooved feet.
The Princess, embarrassed by her clumsiness and ugly hands, stayed in her part of the castle, listening to music, and remembering how much she loved to sing before she snorted like a pig.
One day, the Prince started down the castle’s circular staircase, singing his favorite song. He couldn’t see the Princess at the bottom.
Walking up the stairs, the Princess thought about the dances she enjoyed when she lived with her father. She couldn’t see the Prince at the top of the stairs, and she twirled to imaginary music.
As he rounded a curve, the Prince glimpsed the Princess and saw how gracefully she moved. Even her heavy hands gestured beautifully. For the first time, the Prince saw Ishmere as she really was. With that, she transformed into the smart, graceful young woman she was.
At the same time, the Princess heard a fine singing voice and looked up to hear the Prince singing her favorite song. “He can sing?” she thought. For the first time, she saw the Prince as he really was and with that, he changed back into the kind, noble young man he was.
After that, the Prince and Princess put aside everything everyone told them about people from Xan and Dacquot. They ruled their kingdom in peace and lived happily ever after, discovering more about each other every day.

Like the story? Please leave a comment on the Snickertales Facebook page.
Copyright 2017  Valerie L. Egar. May not be copied or reproduced without permission from the author.
Published March 19, 2017, Journal Tribune Sunday (Biddeford, ME).
Posted by Snickertales at 6:25 AM