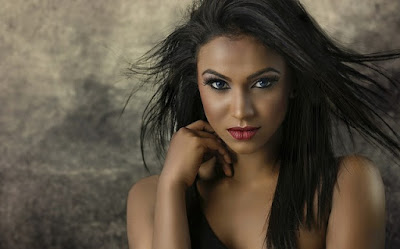 An Amazon Tale
By Valerie L. Egar
Jock, my neighbor, sailed the seas as a merchant marine for thirty years. At first, all I heard were tales of hurricanes, steamy ports near the equator with spiders big as cats, deadly icebergs in the far north. Then he started telling me about river ports he’d seen. He’d delivered bulldozers to Nile ports in Egypt and grain to a port on the Ganges in India, and once, construction supplies to a port far enough up the Amazon River to be surrounded by jungle.
“We had to navigate the Amazon slowly,” Jock said. “It’s a treacherous river and though the captain had maps of the sand bars, they change with the rains and floods. Imagine: thick jungle on both sides. Wooden canoes paddled beside our ship, keeping a good distance away. Every now and then we’d see a raft moving goods. The first time I saw a truck on a raft, I took a picture. I’d never seen such a thing!”
Jock fished around in a box and pulled out a photo of a blue pick-up lashed to a wooden raft.
“What if it fell in the water?”
Jock shrugged. “Guess they do, sometimes.” He sipped his iced tea. “Then, we saw pink dolphins. They followed the ship, stayed beside it all the way up the river, leading the way.”
He explained that pink dolphins dwell in the Amazon and are rare. “They’re sacred to people who live along the river, who insist the dolphins can turn into humans and back again. I don’t believe it for a minute, except—”
“Except what?”
Jock shook his head.  “I’ve learned there’s reasonable explanation for almost everything and I’m not going to fill your head with nonsense.”
That made me a little mad. I’m old enough to know what nonsense is, and I wanted to hear the story, which is exactly what I told Jock.  It’s not fair to get right up to the good part and then stop.
“All right! The Captain warned us to leave the pink dolphins alone. ‘They’re rare, they’re beautiful, respect them,’ he said. But, there’s always somebody who doesn’t listen. One of my crewmates, Marley, started taking pot shots at them from the deck one afternoon. The captain was furious and stopped him, but not before Marley had hit one. Hard to tell what damage it did, but a pall settled over the whole ship. What he’d done was wrong and we didn’t think that was the end of it.
“Later that day, we pulled into port. Not much of a town, but enough to explore after being on the ship for so many days. There was a festival and in the center square, a band played. People danced. Everyone was friendly and soon, all of us were dancing, laughing and having fun.
“Hours into the festivities, a tall girl appeared, dressed in white. She was unlike anyone I’d ever seen. Mysterious. Long black hair, blue eyes. Unlike the other girls, she was alone. Her parents weren’t with her.  No one knew who she was.
“She was the dolphin turned into a human, wasn’t she?”
“I told you I don’t believe that nonsense.”
“Then who was she?”
“A girl from another village is my guess.”
“What happened?”
“She walked up to Marley and they started to dance.”
Before I could protest, Jock stopped me. “Marley was a handsome guy.  He stood out. When I left, they were still dancing.
“Early the next morning, the First Mate pounded on my door to wake me. He was organizing a search party for Marley. He’d disappeared.”
“And?”
“We never found him. But there’s no mystery in that. It was the jungle. Quicksand. Wild animals. Bandits.  Poisonous snakes. Anything could have happened.”
“But,” Jock added, “I saw the girl once more before I left. She walked through town and I followed her at a distance to see where she went. She took a jungle path
and came out near the river. The moon was low and I couldn’t see well, but I heard splashing. Did she dive into the water and disappear or climb into a canoe? I can’t honestly say.”
Like the story? Share it with your FACEBOOK friends, 'like' or comment.
Copyright 2018 by Valerie L. Egar. May not be copied, distributed or reproduced without permission from the author.
Published August 19, 2018 Biddeford Journal Tribune (Biddeford, ME).

Posted by Snickertales at 5:12 AM