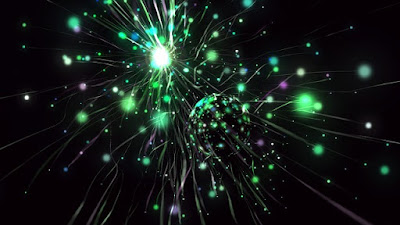 The Genie Trio
By Valerie L. Egar
Everyone knows stories about old time genies. They lived in magic lanterns and materialized in a poof of smoke saying, “Your wish is my command” when the lantern was rubbed.
People wished for piles of gold, a castle, marriage to a prince or princess and the genie rushed to grant the wish. Mission accomplished, the genie squeezed back into the lantern to await the next call.
In those days, genies were obedient, accomplished and reliable. Ah, but that was before was before the Genie Trio, triplets named Sheban, Pharul and Rasa. Like all genies, they were gifted with the power to grant wishes, but they refused to follow genie rules and expectations.
“Why should we stuff ourselves in an old fashioned lamp no one uses anymore?” grumbled Sheban.
“People are so demanding,” complained Pharal. “They expect us to do everything for them!”
Rasa had watched enough game shows on TV to know not everyone wins prizes. “Nothing says we have to grant every wish.”
The Genie Trio decided to make their own rules. Rule number one— the heck with adults. Kids were much more interesting. Children still believed in magic and wouldn’t take genies for granted like adults often did.
No more living in old lanterns. People expected to see a genie when they rubbed a lantern. When the genie popped out, no one was ever surprised. What fun was that?  Nope, from now on, the genies were going to burst out of backpacks and lunch bags, shoe boxes, milk cartons, whatever they wanted to.
No more, “Your wish is my command.”  The genies had to be convinced the wish was a good idea before they moved one genie finger to get it done.
“Let’s go!” they squealed and off they went to have some fun.
Crowded into a blue backpack, the three scrambled out in a cloud of smoke when Simon unzipped his pack at the school bus stop.
“Whoa!”  Simon didn’t mean to scream, but he did. So did Allie and Tasha. The genies were unusually tall and not exactly friendly looking.
“Step right up, step up, wishes granted,” barked Sheban.
“Maybe, that is,” added Pharal. “If it’s a good one.”
Rasa threw a few genie sparkles around to make everything look more magical, but the bus stop still didn’t look like any of the TV shows she liked watching.
Allie stepped forward. “I want to be the best guitarist in the world. That’s my wish.”
Instead of rushing off to do anything or saying, “Shazam,” or “Abracadabra” the genies asked questions.
“Do you own a guitar?” “Do you take lessons?” “Do you practice?”
“Pfft,” all three replied when they heard her answers. Yes, she had a guitar. No, she didn’t practice.
“You don’t need magic,” Pharal said. “You just need to work harder. Next!”
“I want an ‘A’ on my book report,” said Simon.
“Did you read the book?” asked Sheban.
“Kind of.”
“What’s ‘kind of’?
“I read the beginning and the end and watched the movie?”
Rasa shook her head. “No deal. We don’t write book reports.”
“You don’t need magic,” laughed Sheban. “Next time do your homework.”
Pharal pointed to Tasha. “OK, what’s your wish? And try to make it magical, OK? ‘Cause after this we’re out of here.”
“I’d like to pet a polar bear cub,” Tasha whispered.
“Yes!” Rasa yelled and in an instant she was gone and back with a sweet, cuddly cub. Tasha pet the little guy and rubbed his ears until Rasha said it was time for the cub to go back to the North Pole with his mother. 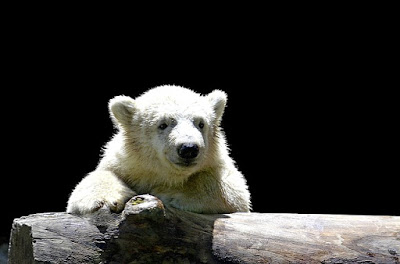 “Now that’s magic!” said Sheban and the three genies disappeared in a puff of smoke just as the school bus pulled up to take the children to school.
Like the story? Share with your FACEBOOK friends, like and comment.
Copyright 2019 by Valerie L. Egar. May not be copied, reproduced or distributed without permission from the author.
Published April 6, 2019 Biddeford Journal Tribune (Biddeford, ME).

Posted by Snickertales at 7:34 AM