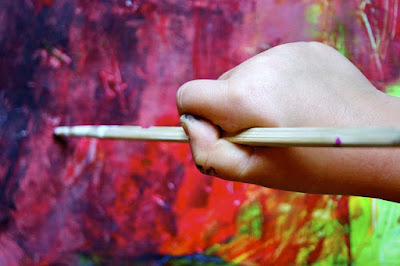 One upon a time, a very long time ago, a handsome son was born to loving parents. They named the child Ansel, and because they wanted to know what was in store for him, they consulted a famous fortuneteller.
“He will be more famous than the King and richer, too,” the fortuneteller predicted. “Everyone will know his name.”
Ansel’s parents were familiar with every fairy tale in which children were fated to riches and fame. They took the prediction seriously. From that day forward, they began preparing Ansel for his destiny.
Though Ansel liked to paint pictures and draw, his tutors insisted he learn fencing and swordsmanship. “You may be called upon to slay a dragon,” Professor Elkhorn advised.  Poor Ansel had to practice lunges and parrys, neither of which he did very well. 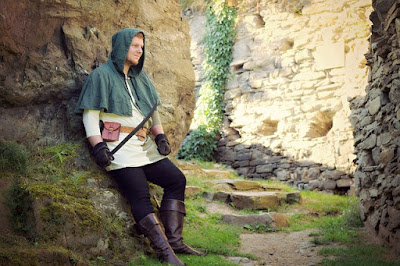 “You must learn the minuet,” Madam Lafou insisted. “Dancing is expected of the rich.” Ansel hated dancing  and no matter what Madam Lafou did, he still stepped on her toes.
When Ansel lost interest in his studies and looked sadly at his paints and brushes, his teachers said, “Ansel!  Pay attention!  Painting pictures is silly. You are destined for greatness.”
Most days, Ansel felt lonely. He slipped outside at night with his dog, Elba and looked at the stars. “This is all your fault,” he exclaimed, pointing to them. “I just wanted to be a regular little boy.”
When Ansel turned 16, his parents gave him a small bag of gold, a horse and a map of the world so he could go and find his fortune. This is exactly what parents in fairy tales did and they did the same, expecting Ansel to return in a year or two with wagons brimming with gold and exciting adventure stories.
Starting out, Ansel expected that sooner or later, a tree or animal would speak and tell him what to do. Maybe a cat or a donkey would give him a magic charm to help him, were he to meet a dragon or ogre. That’s what happened in fairy tales and that’s what Ansel expected would happen to him.
Did it? No.  He rode for miles without any guidance at all except from the map, which wasn’t accurate. No monsters in the lake, no trolls in the meadow! The pictures on the map were mere decorations, no help at all.
At last, Ansel came to a city.  “I’ve come to find my fortune!” he announced at the inn where he stopped. He expected the people gathered there might tell him
about a princess who needed to be rescued or a  beast that needed taming.  Instead, the men and women sitting near the fire laughed.
“He must think he’s in a storybook!” jeered one.
After that, Ansel became less talkative about his plans. He wandered aimlessly, expecting that sooner or later, he would come upon a great treasure he could proudly bring home to his parents.  Or, maybe he would fall into a wonderful adventure and a King or Prince would reward him.
Ansel travelled for months and months, but nothing noteworthy happened. He rode his horse, he spent his money and neither fame nor riches came. Finally, far from home, he spent his last few pieces of gold on paints and brushes. “At least I’ll be able to make a little money for food,” he thought. “I don’t want to starve.”
When he stopped in the evening, he set up his easel at the hostel and painted a few quick portraits.  “That’s lovely!” “Will you paint a picture of my daughter?”  “Stay here another few days,” people begged.
His reputation grew. Soon, the King requested that he paint the walls of the castle with scenes of the Kingdom. Another request came for him to paint angels on the ceiling of the Cathedral.  He was paid for each commission and soon, he was rich and famous throughout the land, doing what he loved most. “And I never had to dance the minuet,” he said, “or use my sword. Not even once!”
Like the story? Share with your FACEBOOK friends, 'like' or comment.
Copyright 2019 by Valerie L. Egar. May not be reproduced, copied or distributed without permission from the author.
Published January 19, 2019 Biddeford Journal Tribune (Biddeford, ME).

Posted by Snickertales at 4:26 PM