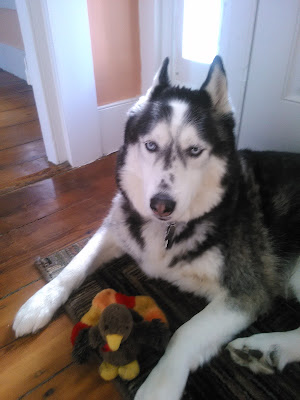 Emily Finds a Way
By Valerie L. Egar
“Can dog fur be used for anything?” Emily wondered as she brushed Phoenix, a beautiful black and white Siberian husky. He was shedding his winter coat and after she brushed him, long strands of white wooly fur lay in heaps on the floor.
In the Randall family, almost everything was recycled or repurposed. When Emily’s Mom peeled vegetables, she saved the skins for the compost heap. Her Dad made a sturdy garden bench from an old bed he found in the attic. Grandma took the t-shirts Emily outgrew and made a snuggly quilt from them. If everything had a use, what could she do with Phoenix’s fur?
Emily swept the fur into a large shopping bag and went to the kitchen to ask  Mom.  “Can we add Phoenix’s fur to the compost?”
Mom shook her head no.  “That wouldn’t work,” she said. “I can’t think of a thing to do with dog fur except throw it away.”
“Dad, can you think of anything useful I can do with Phoenix’s fur?”
Dad thought for a moment and smiled. “We can build a science lab in the cellar and clone a Franken-husky for Halloween.”  Then he laughed. Dad was always joking.
Emily asked Grandma. Grandma fingered the fur and considered Emily’s question.  She said, “Some people knit scarves from their dog’s fur, but even though you have a bag full, you would need a whole lot more than that.”  Then Grandma added, “You’d also need to spin the fur into yarn first.”
Emily thought that sounded like an awful lot of work. She felt discouraged, but she wasn’t going to give up, at least not yet.  She stuffed the bag in her closet.
When she walked to school the next morning, she saw Mrs. Jenkins decorating her lilac bush with thread and small strips of fabric.
Emily couldn’t think of any holidays that were coming up. “Mrs. Jenkins, what are you doing?”
Mrs. Jenkins stopped and smiled. “I like to sew, Emily. All winter, I save scraps of fabric and thread to put out for the birds, so they have something warm to line their nests.”
Emily thought for a second and had an idea. “Do you think birds might like Phoenix’s fur for their nests?”
“I don’t know for certain,” said Mrs. Jenkins, “but if I were a bird, I’d like it.”
After school, Emily took the bag of fur into the back yard and stood by the spruce tree she’d helped her Dad plant last spring.  It had grown and now, it was almost her height. She took tiny clumps of fur and placed them on branches all over the tree until it was entirely covered. The little tree looked like it was snow-covered.
Emily went inside and watched the tree for a long time from her bedroom window. No birds. Maybe it wasn’t a good idea after all. When she told Mrs. Jenkins, she said, “Give it time, Emily. Birds have to discover the fur is there.”
When Emily came home from school, she threw her books on the kitchen table and ran outside to see if any of the fur was missing. Emily thought some of it was gone, but she wasn’t sure. Maybe it just blew away.
On Saturday, Emily woke up early.  She looked out her window and saw a robin in the spruce tree. It took a small clump of fur in its beak and flew away. Then, a small brown sparrow appeared and it pulled some fur off the branch and flew away.  Her idea worked! Emily smiled and rubbed Phoenix’s head. “I knew your fur could be used for something,” she said. “It’s helping keep baby birds warm.” 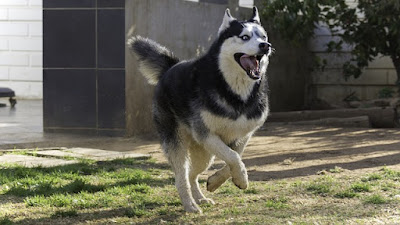 Copyright 2016 by Valerie L. Egar. Published April 10, 2016, Journal Sunday Tribune (Biddeford, ME).  Like the story? Please share with your FACEBOOK friends.
Posted by Snickertales at 6:21 AM