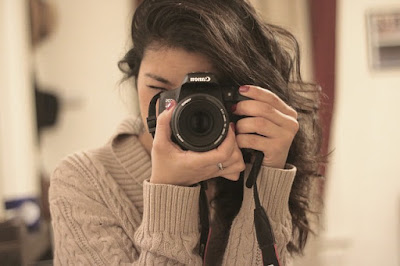 Mystery Shop
By Valerie L. Egar
Roselle did not expect to find a small shop on a back street of the dusty desert town. She’d noticed lots of empty storefronts on the main street— certainly those would be a better place for a business, especially in a town that seemed to depend on tourists for business. She wandered down the street only because she glimpsed a white cat. In the afternoon light, the cat might make a good photo and she was ready, camera in hand. 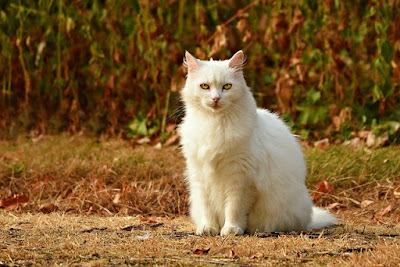 Instead, the cat disappeared and she discovered the shop. Dirty front windows, with an odd assortment of clutter behind them— a ventriloquist’s dummy. Packets of seeds that looked hundreds of years old.  A silver flute, red paisley shawl, old newspapers. Over the door, a hand painted sign said, “Mystery Shop.”  “It’s a mystery all right,” thought Roselle. “How do they stay in business?” She was curious though and opened the door.
A bell hung on the door jangled as she stepped inside and a woman called from a back room. “I’ll be right there!”
Roselle looked around. 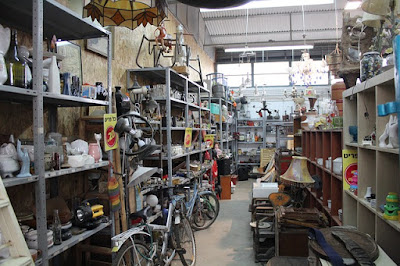 Despite the dust and lack of organization, the store appealed to her. What looked like diaries bound in leather sat on top of an old piano. She picked one up and opened the cover. “This diary belongs to George Washington.”
George Washington? The first American president?
Roselle began to read, tracing her fingers over the faded ink and wobbly cursive handwriting.
Today I chopped down Father’s favorite cherry tree. I have a fine new ax and wanted to see how well it worked. Father was angry and asked….
Roselle shook her head. If the diary was George Washington’s, what was it doing on a shelf in a dusty store? Shouldn’t it be in a museum?
A woman appeared from the back room. “Ah, the Washington diary. Lovely isn’t it?”
“Is it real?”
“Who knows? It’s a mystery, like everything else in here. Have you seen Picasso’s early artwork? I have a few drawings he did when he was 5.”
Roselle saw a few scribbles signed “Picasso.”  “Why would a 5 year old sign his scribbles?” Roselle asked.
The woman shrugged. “How old are you?”
“Twelve.”
When did you learn to write your name?
Roselle shrugged. “When I was 4 I think.”
“So why are you surprised he knew how to write his name? The woman stared at Roselle. “Where are your parents?”
“Having lunch at the café. I wanted to take a walk. They figured I couldn’t get lost, since there are only two streets in town.”
“And here you are at my marvelous store! I knew someone interesting would come by today.”
Roselle looked at the items displayed in a glass case by the cash register. Broken pottery, a few rocks, photographs.
“Would you like to see the Egyptian pottery shards?”
“They look exactly like my Mom’s dishes.”
“Leaves were a popular pattern on dishes for thousands of years.”
Roselle pointed to a photo of a man in a toga. “What’s that?”
“The only known photograph of Emperor Nero.”
“We learned about him in school. He’s from ancient Rome. They didn’t have cameras thousands of years ago!”
The woman sniffed. “The ancients were much smarter and more advanced than we think. And look, it even says ‘Nero’ at the bottom.”
“Maybe he’s an actor in a play?”
“Then it would say ‘actor’. It would be misleading otherwise.”
Roselle sighed. The shop and the woman were rather strange. She needed to get back to her parents who were surely finished with their lunch by now, but she
wanted to buy something, anything, to remember her odd visit. She fished in her pocket. “Have you anything for $2?”
The woman rooted through a pile of old keys. She pulled a rusty one from the group and held it up. “The key to an ancient walled city, ” she whispered. “I don’t know which one, so I can let you have it for $2.”
Roselle smiled and gave the woman her $2. The key looked exactly like the key her grandmother used to lock her antique desk, but it was fun to imagine an unknown city with a gate she could unlock with a rusted key. She tucked it in her pocket and ran to catch up with her parents.
Like the story? Click 'like', share with your FACEBOOK friends or comment.
Copyright 2019 by Valerie L. Egar. May not be copied, reproduced or distributed without permission from the author.
Published Biddeford Journal Tribune,(Biddeford, ME) October 5, 2019.

Posted by Snickertales at 8:39 AM